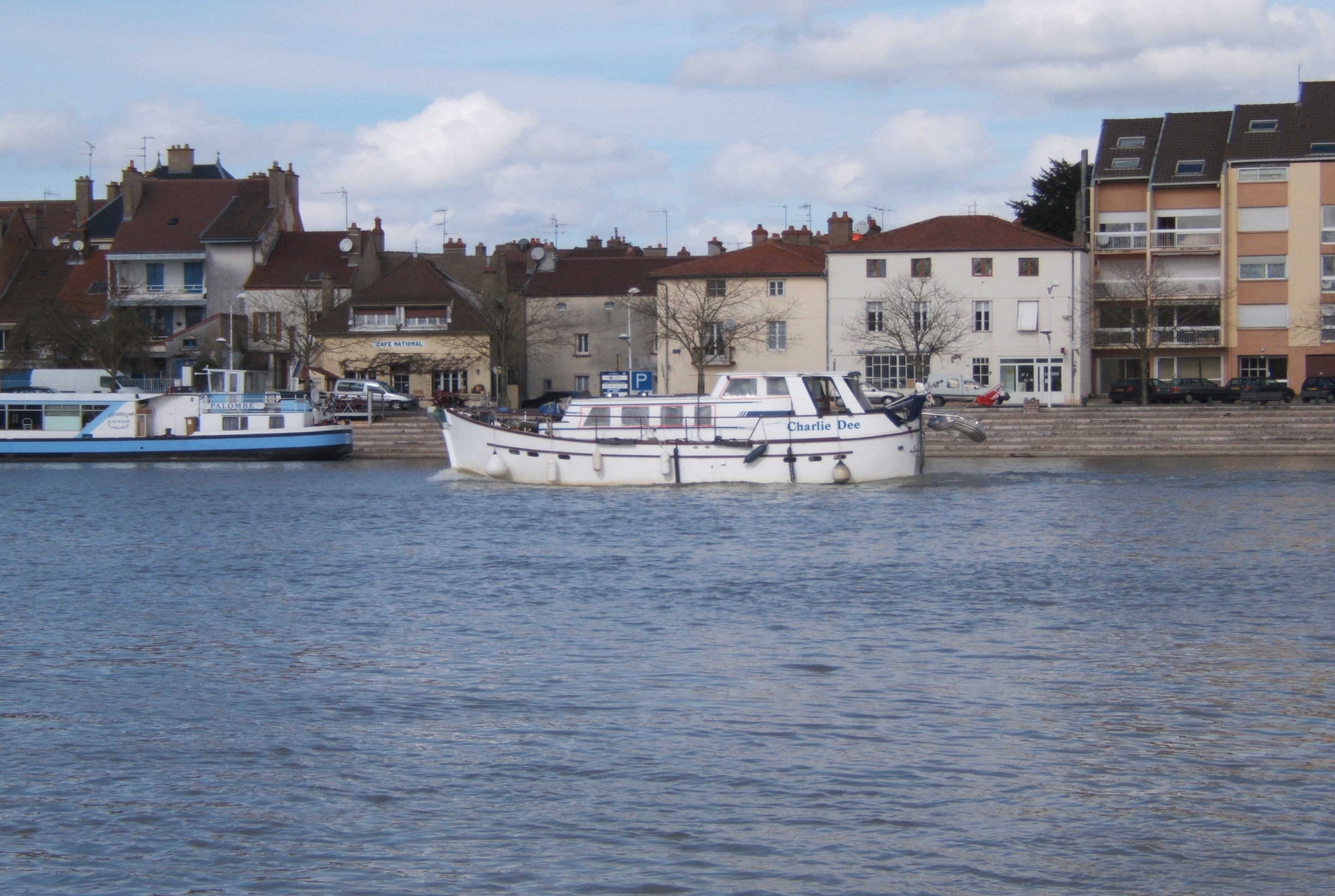 Thence onto l’Ardoise in very hot weather in which followed three days of thunderstorms.  We spent two nights in l’Ardoise.  During the intervening day it continued to be very hot so we had a long swim in the river.  L’Ardoise was not that interesting so we moved ‘Charlie Dee’ on to Viviers on yet another hot, sticky day.  The pontoons at Viviers were short but there were several spaces and we manoeuvred ‘Charlie Dee’ into a mooring and had another swim.  This town is at the junction between the old river route and a canalised part of the Rhône.  Whilst provision is made by the town for visiting yachts, the major facilities are provided for visiting hotel boats which are by comparison huge in size.  It is always a pleasure watching the skippers gently berthing these monsters.  The town provides a capacity for two hotel boats.  I presumed that the skippers booked ahead but wondered if they liaised with each other so that their itineraries ensured there were not too many at any one venue at the same time.  We spent three nights in Viviers, we swam each day, visited the Cathedral, shopped for supplies, chatted to an English couple from the nearby campsite and I managed to find somewhere to access the internet.

When it came time to leave we waited for one of the hotel boats to reverse out of its mooring and turn up stream.  We and ‘True Blue’ followed the hotel boat into the next lock which was just upstream from the junction.  We managed to hang onto the wash of the hotel boat to follow it into the second lock as well.  Doing this meant that we did not have to wait for locks to be prepared for us because they were always ready for the hotel boats.  However, usually such boats moved so fast that it was difficult to keep up with them. After three locks we turned into the marina at l’Eperviére.  We found a space on the first main pontoon.  It was the easiest way of mooring even though the propellers kicked up a lot of mud in the shallow water.  It did mean however that the wash from passing barges came into the mooring.  Most were no trouble, just giving the boat a little rise and fall, but others necessitated the call of “Ware wash!” in case someone inside the boat was having a cup of tea or stronger which would be upset by a particularly sharp boat movement.  Well that had been our habit on a previous boat.  As it turned out ‘Charlie Dee’ is so solidly built that there was little movement and certainly nothing to upset the tea drinking.

The next day we caught the bus into Valence, visited the Cathedral, bought supplies, found an internet café and had lunch. The following day I walked to the nearby supermarket, Geant, about which I had been told.  It was Sunday and Geant was closed.  We stayed for a fortnight in l’Eperviére marina awaiting a visit by two grandchildren which never came about and doing small jobs about the boat like rubbing down and oiling the stern table.

Our next trip up river through two locks took just over seven hours and ended at Andancette.  Unfortunately, we could see a boat already moored at the single pontoon on the left bank, so we dropped an anchor below the bridge in the mouth of a small river.  There was a lot of weed and the starboard propeller became fouled.  It was an easy matter to clear it using the shaft above the propeller under the double bunk in the stern cabin.  Few boats put down anchors on the Rhône but we have found that the downstream end of the original river course where it has been by-passed by a cutting often makes a good anchorage.  There is usually no traffic so one is out of the navigation.

The next day saw us heading for Vienne.  It was a good trip but we had long waits at the locks.  Vienne is an old Roman town, complete with amphitheatre.  We did the tourist thing on the first full day there: Cathedral visit, walking tour in the afternoon and even the tourist road train in the evening.  Our departure next day was delayed because Anne had found that there was a morning market in Vienne on Tuesdays.

In the afternoon just over two hours brought ‘Charlie Dee’ to Givors.  We tied up on the outside of the small marina.  We did not visit the town because the marina was protected by a locking gate and I could not work out how we could get back to the boat if we went through it.

The next morning, it was quite tricky getting off the mooring because of the strong wind and the action of the river current.  We managed it by springing off, a technique which according to our observations seems to be largely unknown to French boaters.  We went through our last Rhône lock before mooring at Lyons.  Lyons is the second city of France although its citizens feel it should be the first, supplanting Paris.  Actually, I like it better than Paris.  We visited the “upside down elephant” (the Basilica on the hill overlooking Lyons), rather over-powering in its decoration – we prefer the old Cathedral on the river bank.  It is worth being in the old Cathedral when the ancient clock in the transept is striking.  There just is so much to see and experience in Lyons.  We also managed to buy our inland waterways licence from the VNF office on the right bank of the Saône.  At last we were legal.

‘Charlie Dee‘ is currently for sale & berthed at Brighton Marina.  If you like the idea of enjoying ‘Life Afloat’ & venturing off to new grounds & exploring the waterways like Anne & Barrie, take a closer look.

Overlooking Vienne, intersected by the Rhone, from the Antique Roman amphitheatre 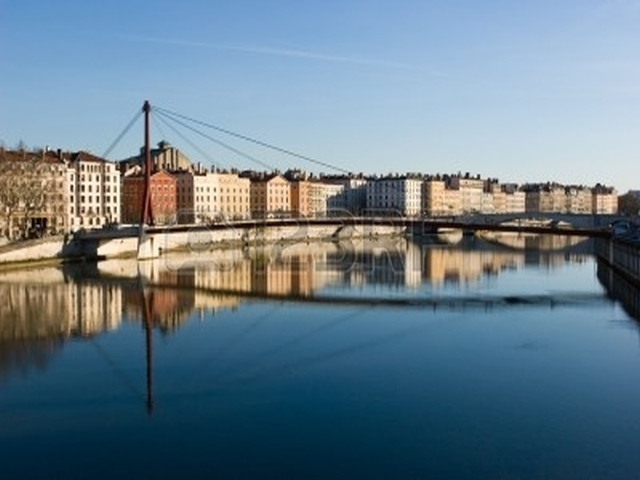 The bank of the Saone river at the city of Lyon