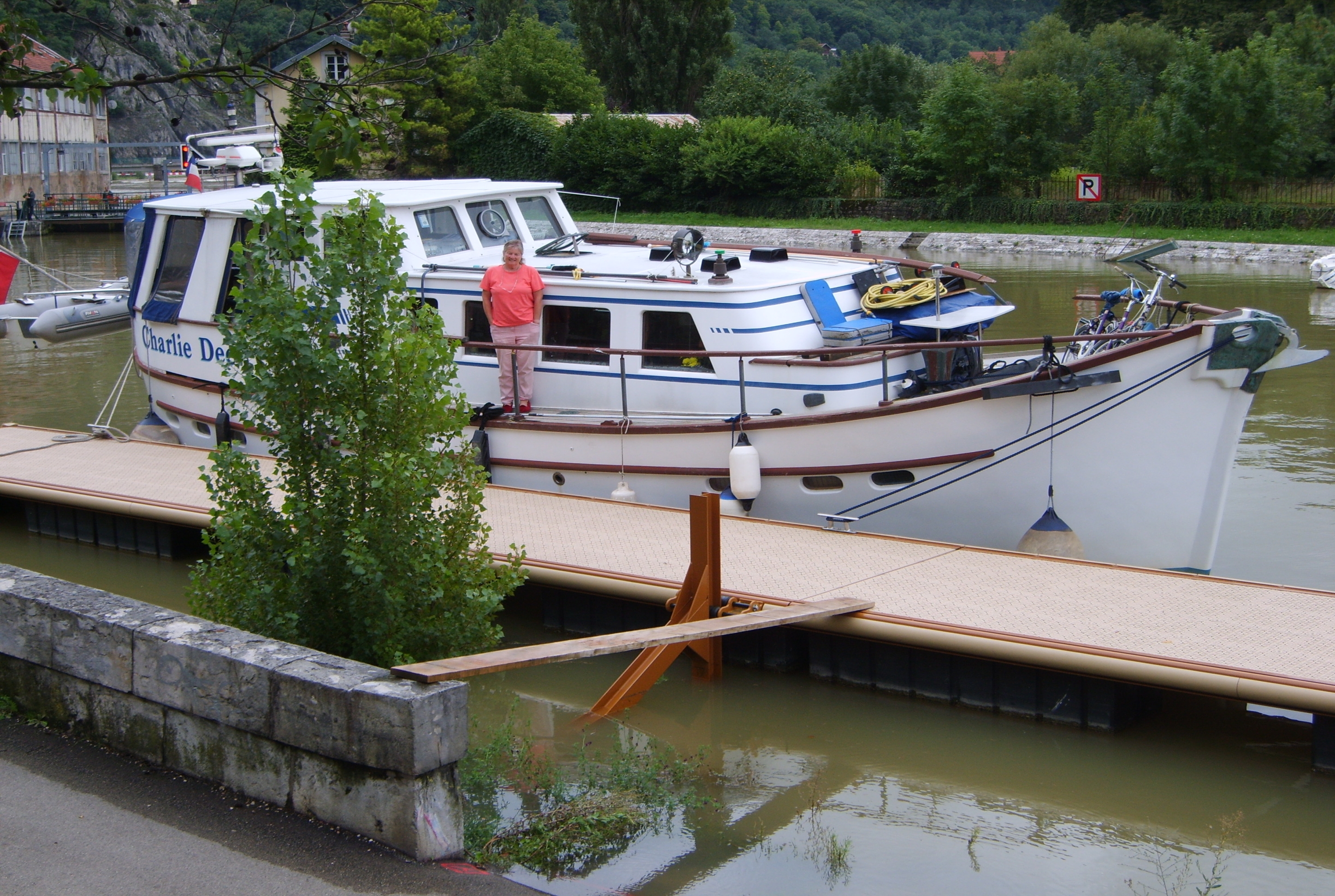 Back to France late July.  The river was still in flood, but two days later we cast off the pontoon, made our way gently through the long tunnel under the city and came after three and a half hours to Deluz.  We had three hot, sunny days.  There was a quay at Deluz but it was quite short and with no facilities.  We have found that a lot of villages and small towns on waterways provide some mooring places often free of charge and some even provide free water and electricity.  Presumably it is a way of attracting visitors and a hope that they will contribute to the local economy.  Whatever the reason it makes travelling on the inland waterways in France very attractive.

We had arranged a rendezvous with a friend who was in a campavan at Baume-les-Dames .  So on the Sunday we moved there.  It rained heavily in the evening and overnight, but we were safe: we were on the canal again not on the main river.  The following day we moved the boat nearer to the water and electricity supplies so were now set to stay for a few days which turned into practically a week.  The weather had returned to being hot and sunny.  We had planned to set off on Friday, 3rd August, but noticed a stage being set up on a nearby open space so decided to stay to see what was happening.  That evening we joined the crowds at an open air concert by a group called “Les Sixties” who sang without a break for two and a half hours.  It was good fun and the stage was taken down the next day by the time we set off.

We had stayed with our friend for a couple of days and decided not to proceed further against the flooding Doubs, but to turn round and head back.  We were planning to winter in Paris.  So back to Deluz where we stayed an extra day because our friends from Ranchot, the ones with the car who had taken us to Besançon, arrived on their boat so we did some sociable drinking.  The next day we returned to our pontoon at Besançon.  The Doubs is a very attractive river but it was still flooding and in the course of the next few days the water level just kept rising.  It reached its peak on 10th August.  In the morning Anne went for a baguette for breakfast and had to remove her shoes to get back onto the pontoon the entrance to which was now just under water.  By the evening when I went shopping and to the internet café I had to walk across a plank which I placed from the pontoon to a wall.  As I returned crossing the plank, I thought I heard a click behind me and as I stepped off the other end with my two shopping bags there was a round of applause.  A small crowd had materialized from nowhere behind me and one had taken a photograph of my circus act.

The water went down over the next few days and we were able to travel four days in succession via Osselle, Ranchot and Choisey to Saint-Jean-de-Losne.  The last day was particularly interesting as ‘Charlie Dee’ took up dancing.

Most of the French locks on canals have a by-pass channel which allows excess water above the lock to deviate alongside the lock and discharge below the lock.  Unfortunately the design is not always helpful, particularly when the discharge is across the lower lock entrance.  We encountered one of these while exiting one lock with the result that ‘Charlie Dee’s’ bow was pushed strongly to port by the flow and I did not have room to correct the swing; all I could do was use the engines to keep it off the bank.  When ‘Charlie Dee’ does that the only thing one can do without enough sea room (canal room in this case) is to wait until she/he/it settles down and then start to sort it out.  This time we settled down facing the way we had come.  I signalled the barge that had been approaching the lock from below to pass us before I turned the boat round again.  As he passed he said with a grin that he had wondered if I might have wanted to go back through the lock!   Having found out what fun this all was ‘Charlie Dee’ did it again as I negotiated a sharp bend in the canal probably brought on by my cutting a shallow corner.  This time I allowed ‘Charlie Dee’ to do the full 360 and we set off again on our journey.  At the penultimate lock on the canal we disturbed a French couple who had decided to stay in the lock on their boat while they had lunch.  Clearly they had not anticipated the arrival of another boat during the mandatory lunch hour.  Only the British would still be moving at this sacred time.  Nevertheless they stopped lunch to clear out of the lock and then as they passed us Madame resumed her lunch while Monsieur le Capitaine on the tiller looked for somewhere to stop before he passed out through lack of food.  And so we returned to Saint-Jean-de-Losne in time for the book swap on Saturday.

On to Paris…. to be continued 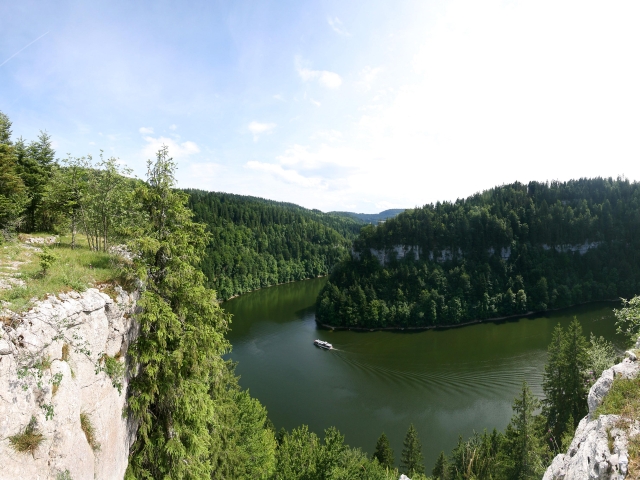